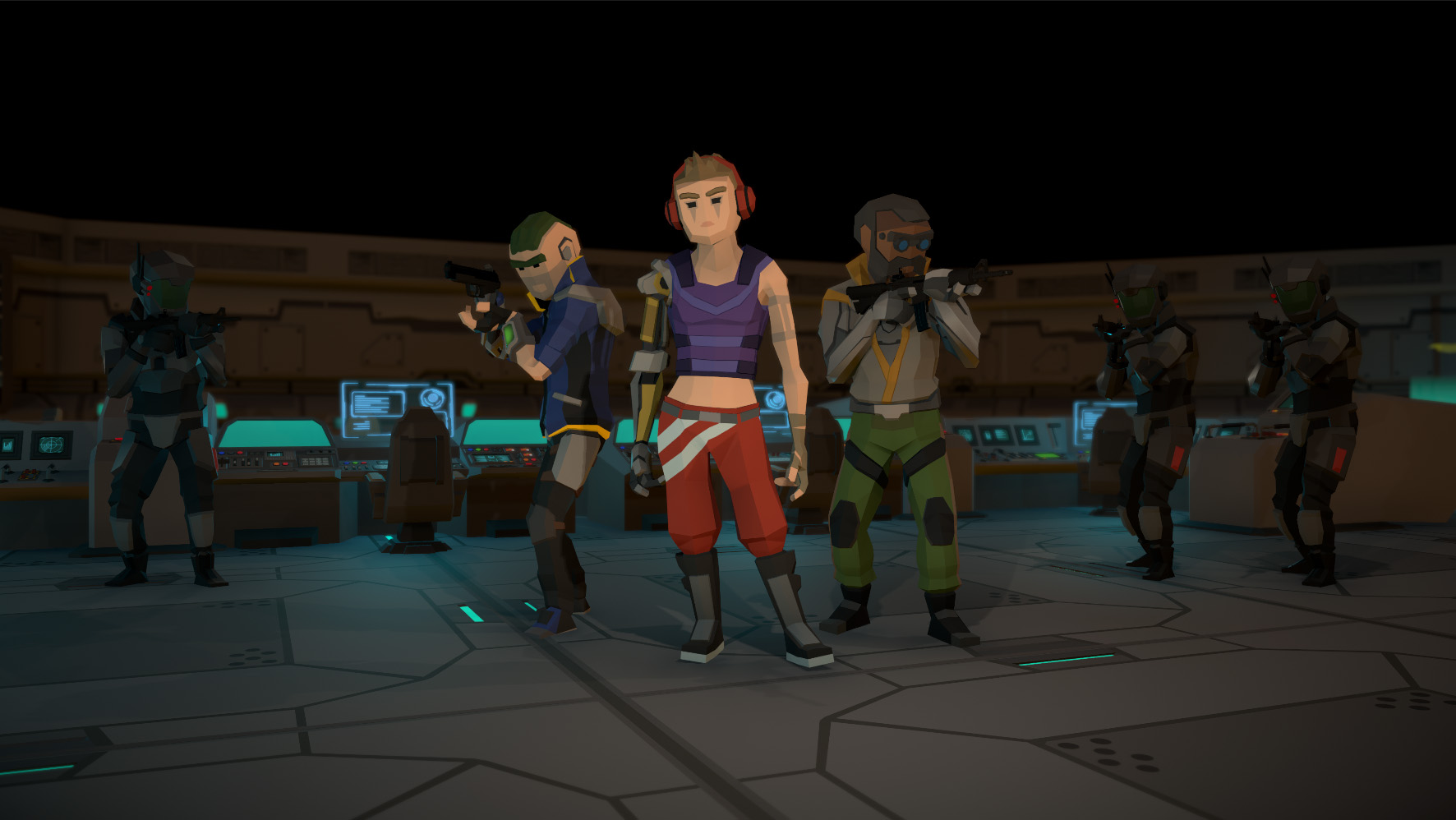 Only direct action can facilitate true change for there is no revolution without havoc and chaos. Strong, fearless, determined and dressed for action, the DCS do not play the long-game, they want immediate results.

Emotionally intelligent and cerebrally erudite, CPH think of cause and consequence, and of pre-emptive strikes. A little more erudite and sophisticated in appearance, they understand the virtues of direct action, but only as one form of attack. Dynamically fluid in thought, they are always processing and calculating, putting their own archaic emotions aside.

“Planning is key. Success is everything.”

They are the elusive and hidden elite; providing the creative passion and the clinical execution behind all matters TNR. Their existence is acknowledged by a select few, but nobody knows their true identities.
Moving amongst the darkest of shadows and carefully calculating every strike, they are at the zenith of all the majestic mayhem.

Players develop and improve their individual skillset collecting equipment as they race across fully destructible maps from A-Z, always looking to reduce their time and make more gains.

Models and equipment are representative of NFTs, guaranteeing unique bonuses, increased skills and abilities, and exhilarating in-game experiences for each individual player

Invest in endless replay value as characters and equipment can be traded between players for an ever evolving full-on action experience, each and every time

The New Resistance communicate via the Quasi-Net. Free-running leaked smart contracts, reports and messages to splinter-cells across the City, this information is shared to expose the CCC’s corruption to the masses. The only reward they attain is recognition within their own tightknit community. Their motivation is not monetary, it is momentum.

Their true enemy is ignorance, their combatants are the heavily armed Triple C. Whether De-Coders, or Cyphers, their methods may differ, but their mission is certain – Resistance and Revolution.

The New Resistance was born of necessity; from a desire for revolution; and to free a society from the tyrannies of governmental restraint.

Already ahead of the curve, the New Resistance had invested where others feared – cryptocurrency. Now, using their huge amassed wealth, these renegades are facing down their “masters” for the good of all.

The corrupt government and institutions have outlawed blockchain /cryptocurrency, ending any hope of individual financial freedom for the masses. They control and monitor the internet through Minds-Eye, leaving nowhere safe online.

A neon-lit, yet still strangely dark, overburdening expanse of tall, faceless corporate buildings and factories, Krupt City spreads outwards from its epicentre – CCC HQ, with its tentacle like roads and railways grasping tightly at the urban desolate sprawl it encompasses.

Pocketed across this graveyard of existence are the oasis like New Resistance bolt-holes, their meeting places and hideaways, gloriously flamboyant, decoratively ornate and extravagant, yet camouflaged to be invisible to all but those who know.

Krupt City residents know only work and obedience. Their existence is a daily purgatory 9-5, chained to their master’s leash. Conformity and control are obligatory. Freedom has all but dissipated, and Minds-Eye is truly all seeing.

There remains only a last hope for change, The New Resistance.